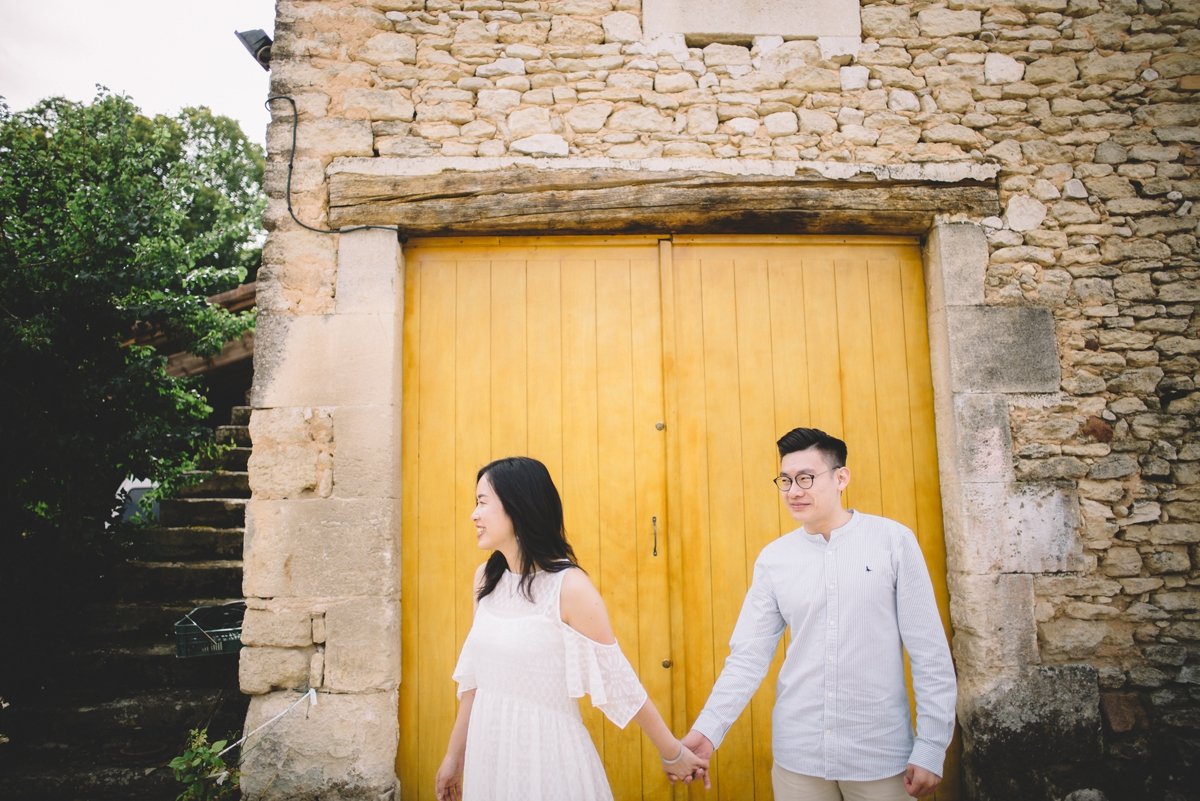 One of the best things about being a Wedding Photographer meeting people from all over the world. Priscilla found some of my sunflower photos online from a prior trip to Provence, one to find lavender fields. Sunflowers are her favorite flower and she wanted to do a multi-day Engagement Session capturing Paris and Sunflowers in Provence. It was a bit of a fateful meeting, to say the least.

We met in the morning at the Chateau de la Pioline and took a few photos around the beautiful hotel before heading out on our drive. Sunflowers in Southern France are typically harvested during July + early August. This shoot was in late September but we agreed it was worth trying. I had a small route planned with a few spots in quaint towns I had visited before, cobblestone streets and old farm structures along the way. We ended up taking a small series of wrong turns when we found them. In the close distance we saw patches of yellow, a patch of maybe the leftover sunflowers in all of France.

To spend a morning in Provence with strangers from around the world turned out to be pretty special. Here are a few of my favorites: teri b on the ig
Every little thing feels so much softer, so much s

Desert layers as the sun started to set. #glamiss

Cherished moments from this beautiful morning in S

Sneaking away at sunset is probably one of my favo

When I photograph a venue I haven’t shot before